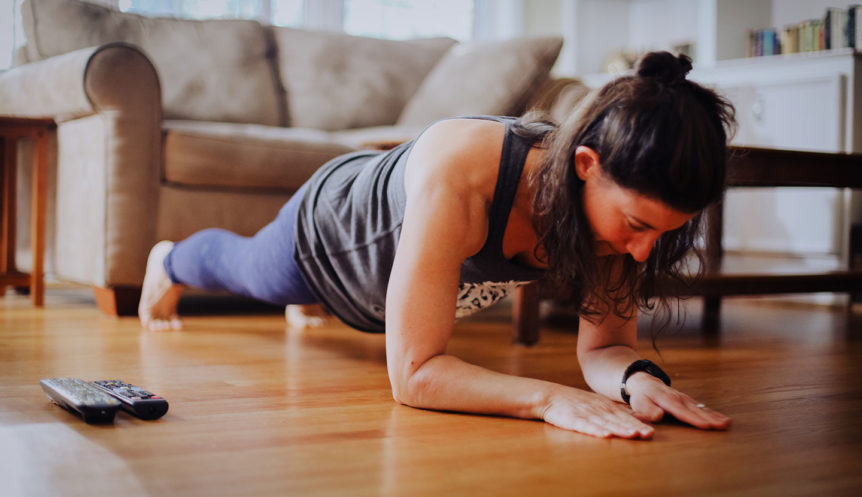 Over the past couple of months, I’ve been pretty focused on my nutrition. I’m not trying to get 6-pack abs or anything, but I’m just trying to feel a little leaner, to feel a bit better in my clothes, and lighter on my feet during my runs. I’m trying not to get obsessive about it (which I have tended to do in the past) but rather I look at it as just experimenting a bit with my daily nutritional intake.

I’ve certainly discovered a few things about myself along the way.

For one, I do more fly-by eating than I care to admit, especially with the kids’ snacks. For my fellow parents out there, you know how this goes. You give the kids a couple of bowls of snacks. You take a few out of the bag for yourself while you’re putting them in the bowl. Then you walk through the kitchen a few minutes later on the pretense of getting a glass of water, and you grab a few more of their chips. Repeat this charade a few more times and you’ve racked up some calories, without really paying attention.

My current challenge is with Paige’s new favorite snack: trail mix from Trader Joe’s. There’s one that she really likes with roasted almonds, cashews, and big chocolate chunks that’s delicious. You may be thinking to yourself, “But Rachel, nuts are good for you!” Yes, they are, but they’re what I call a big ticket item in terms of calories. The trail mix she likes has 180 calories for only a ¼ of a cup, which is not a lot of nuts. It’s delicious, yes, but it’s really easy to tell yourself you’re eating a quarter cup when in fact it’s probably a half a cup.

But all is not lost. If I’m organized and have shopped wisely over the weekend for the week, I typically have these things on hand:

Siggi’s plain yogurt: It’s actually an Icelandic yogurt called skyr, and it’s very similar to Greek yogurt. It has a ton of protein but it can be a little sour. I mix in a bit of Betty Lou’s Just Great Stuff chocolate peanut butter powder and throw in some fresh raspberries or blueberries on top and I have a filling afternoon snack.

Trader Joe’s teriyaki turkey jerky: Just a fair warning that this stuff can be addictive. I tend to go through a lot of it as it really helps me feel sated if I come home ravenous, or need a midmorning snack. I’ve been known to also eat this for dessert. Yes, it’s weird, but don’t knock it if you haven’t tried it.

Luna Protein chocolate mint bars: I have Crohn’s disease, so I have to be really careful about which protein bars I chose as some of them make my stomach very, very unhappy. But this one doesn’t, and it tastes like a Thin Mint. I don’t delude myself in thinking that I’m “eating clean” when I eat these, but they do fit the bill when I’m hungry and craving chocolate. I’ll often cut them up into quarters and put them in a mini Ziplock bag, so I can just grab a piece when I’m craving a bite of something sweet.

​Epic bites: Again, a warning: these things are addictive, and the small bag will be empty quickly if you’re just popping them in your mouth and not paying attention. And at about $6 per bag (which only has 3 servings in it) you might want to eat slowly. And hide the bag from your family.

Cherubs cherry tomatoes: these are great to buy when it’s not tomato season at the farmer’s market. They taste pretty close to what you buy in the market.

Trader Joe’s pre-cooked chicken: At about $5-7 per package, it’s pretty reasonable, and I think it’s delicious. My favorites are the lemon pepper and the “just chicken.” I use it for my lunch salads almost every day.

Bilinski’s Apple Chardonnay chicken sausage: at only 100 calories per link, it’s a great breakfast treat. I eat one of these often with a hard boiled egg and some raw veggies for breakfast.

Breakstone’s cottage cheese: I know some people hate cottage cheese, but I happen to really like it. I used to only eat it with fruit, but now I’ve gone savory, and eat it with cucumbers, cherry tomatoes, a bit of chicken, and a few spiced cashews.

Happy Puppies Athletic Wear leggings – Okay, this isn’t a food, but I’ve been asked several times recently about where I get my leggings. They’re from an awesome company called Happy Puppies (best customer service ever!), and they’re super soft and comfortable. Two bonus features: absolutely no front creep whatsoever, and they have giant pockets on each thigh that fit an iPhone 6. I own them in every color.